Helping brokers and insurers reduce costs with AI and apps.

What is bad driving behaviour?

Young drivers are typically being targeted by insurers with higher insurance premiums due to little experience on the road. But let's face it, there are plenty of experienced drivers who have adapted bad habits and are not necessarily good drivers, thus posing a risk to others on the road, as well as themselves. Thanks to telematics and AI driven insurance platforms being designed by insurtechs such as Inzura, more and more insurers are starting to gather individual driving data, highlighting the likely hood of being at risk of causing an accident. Those that stay low risk, are being rewarded by having insurance premiums reduced relevant to their risk ratio. Many drivers are often not even aware that their driving behaviour is risky or reckless.

These are some examples that determine bad driving behaviour and can be corrected through constant driver analysis and feedback.

A driver who accelerates too quickly will not have enough time to change course or stop safely in order to avoid an unexpected obstruction in the path in front of them, often causing unnecessary and unsafe swerving of the vehicle which can easily allow the driver to lose control. Always accelerate gently and be aware of the possible scenarios ahead.

This usually indicates that the vehicle was not traveling at the correct speed, and these sudden and harsh tactics to slow the vehicle down pose a risk for skidding (especially in wet weather) and losing control, which could easily result in an accident

Taking a corner too quickly or too sharply poses a risk of not being able to stop in time for whatever may be obstructing the path past the corner. It is never a good idea to approach an area of poor visibility with speed. Accelerate gently when coming out of a corner to display safe driving

Not allowing enough distance (2-second rule) between yourself and the vehicle in front of you may prohibit you from stopping at the right time to avoid a collision. 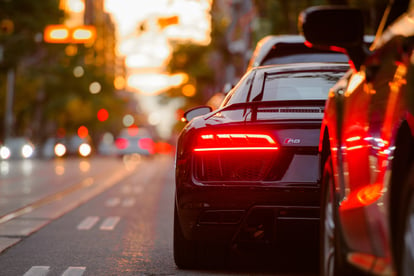 Driving above the speed limit is against the law. Other drivers on the road and pedestrians wanting to cross, cannot accurately judge distance and timing effectively when faced with a speeding vehicle. This requires unnecessary risks for them and the driver of the vehicle who would be unlikely to stop in time to avoid an accident.

If not enough time is allowed to change lanes securely by indicating first and checking for obstructions before changing lanes, a collision may be imminent. It is reckless to weave in and out of traffic and poses a risk to all other road users, whether in a car, on a motorbike, a bicycle or on foot.

Traffic signs and control mechanisms have been put into place to allow a safe flow of traffic. Disrespecting these puts all road users at risk of injury.

Education and driver training is important to uphold safe and good driving behaviour, and if your insurance company is willing to reward you for it, it is definitely worth the effort, whether you are a new or experienced driver.